The modern breed of hypercars, if you follow comments on social media and in the industry magazines, leave some commentators cold. Whereas the original supercar – the ground-breaking Lamborghini Miura of 1966 – couldn’t fail to make the heart beat faster with its stunning looks and amazing specification, it seems the apparent proliferation of 250mph, futuristically designed supercars is not to everyone’s taste.

This write thinks this a rather curious situation. After all, like many other schoolboys of my era, the posters on my wall were of the usual suspects: the Ferrari 512BB, Lamborghini Countach, and the ubiquitous Porsche 911 Turbo were all up there in glorious large-size form, and the room looked all the better for it. I suspect that, if I were that young teenage boy right now, the corresponding posters would be of the Aston Martin Valkyrie, a Bugatti Chiron, and with a nod to nostalgia, the greatest of them all – the McLaren F1.

The Most Impressive McLaren Yet

McLaren; back in the days I talk of above, McLaren was a Formula 1 racing team, and that was that. A good one, with World Championships to its name, but where road cars were concerned it didn’t figure. It’s arguable that now, 40 years later, McLaren Automotive is among the most influential marques in the supercar genre, having made an entry in no small way in 1993 with the aforementioned F1, still regarded today as the supercar to match all supercars.

The current range of McLaren cars is impressive, and has been made all the more so by the introduction of this: the McLaren Speedtail. It is a different kind of beast altogether. It’s also the fastest car McLaren has yet to produce. With the recent McLaren Senna meeting with mixed reactions, it is perhaps important that the Speedtail hits the right note, so where do we start?

McLaren sees the Speedtail as the genuine successor to the McLaren F1; it is, says a spokesman, the first car they were comfortable with exceeding the F1’s once-thought unbeatable 243mph top speed. The Speedtail, they say, with reach 250mph. They are marketing this model as a ‘hyper-GT’; it features the same three-across seating layout as seen on the F1, with the driver in the middle.

Before we talk a little more about the specifications and performance, let’s have a little debate about how it looks. Look at the Speedtail in profile, and it’s clearly been designed to be clean and low-drag. The long tail – which gives it the name – is curious to the eye at first, and gives the car a forward-focused look, but give it a few minutes, and it begins to come together.

From the front it is suitably aggressive and retains the family trademark lights and overall look, while the back end is dominated by the diffuser vents. The glass area is surprisingly comprehensive for such a car, and when I first took a few minutes to look it over, I immediately thought it somewhat resembled the Jaguar XJ-220, which is not a bad thing at all.

My verdict: I thought it looked odd at first, I now think it looks very of the moment, and is right on the button for the hypercar look. Others have derided it as over the top, but I can’t see that; I see simple, clean, aerodynamic lines, but whatever you think of the looks, it’s what it does, and how it does it that matters.

As we have already mentioned, this is the outright fastest McLaren so far. The Speedtail will do 250mph, but it’s the acceleration that really opens eyes here. How about 0-186mph (that’s the magical 300km/h mark) in a mere 12.8 seconds? Take a moment to consider that, and then think of it like this: the flagship McLaren P1 will do the same trip in 16 seconds. You might think ‘well, what’s a few seconds between friends’ but when it comes to bragging rights, this is the hypercar with the boasts that count.

The car has, as yet, only been seen by those in the factory, and by its buyers; yes, all of the 106 planned to be made have already been sold, at a price of £1.75million each. Its carbon fibre bodywork will have been inspected by lucky people who will remain among the few to ever drive what is intended to be a ‘usable hyper-GT’ – and we hope it is, rather than simply being placed in collections – and the futuristic and carefully considered interior also checked for size.

What else is there? The powerplant, of course, we nearly forgot. In fact, we could be forgiven for forgetting because little has been revealed about this part of the car, bar that it will be a petrol-electric hybrid, producing 1036bhp, and driving the rear wheels. Speculation is that this may be a new engine, rather than a version of those existing, although this cannot be confirmed. What we do know is that production will begin in 2019, and there are a number of eager people waiting to get their hands on their new pride and joy.

Fantasy world time: I have the money, they are not all sold, and I fancy a McLaren Speedtail. Of course, I want to look at all the options. Would I choose this car? I’m not so sure that anyone wants a ‘hyper-GT’, and think that is something of a marketing gimmick. I might be persuaded to plump for the Aston-Valkyrie, simply because it is so ‘out there’, or I may save some money and buy a McLaren 720S, which for me is one of the best looking supercars around.

What I will say is that the McLaren Speedtail – by the way, the name is terrible, but that’s just my opinion – is certain to be as good as, as fast as, and as capable as they say, and for one reason: it’s a McLaren, and they don’t get it wrong when it comes to supercars. 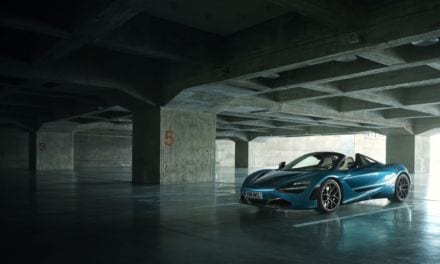