Ever since boys became men, the most important question remained unanswered. Nothing is more important than this. So we’ve run it through algorithms and used some of the best techniques known to man to find the answer. Yup, we have used the Top Trumps method to find out which is faster, a Ferrari or a Lamborghini?

Ferrari is not faster than Lamborghini. From the Year 2010 to 2019 Lamborghini made 13 different models, for which Lamborghini was faster 7 times, compared to Ferrari being the faster car only 5 times. In one comparison they were evenly drawn.

Wait what! You might say!?? I know I’m a huge Ferrari fan and was shocked when I did the comparison too. So let me explain.

I thought it would be fun to compare the cars since Lamborghini launched back in 1964. I had always assumed that Ferrari was the biggest brand and so would have the fastest cars in most if not all cases.

I had to make some rule assumptions, so let’s summarise those first:

This was Lamborghini’s first attempt at making a car, having previously only focussed on Tractors. However they were up against the mighty Ferrari 275 GTB, and it wasn’t up to the mark. Ferrari beat them in beauty and top speed.

Two years later Lamborghini launched the Muira, and any naysayers were promptly shut up. It instantly dated the 275 GTB4 and looked beautiful. Lack of data means we declare a draw.

Lamborghini almost seems to take a step backwards with the Espada, while Ferrari launched the stunning Ferrari 365 GTB4, commonly named the Daytona. Again lack of confirmed data leaves us with a No Score

Lamborghini again launched a new model, the Lamborghini Islero, but it was no match to the Ferrari and their 365 GTC. The Ferrari was a faster car by 1mph!

1960’s Round-Up: With four cars launched by Lamborghini, they were beaten to the post by Ferrari on two occasions and two further with No Score. Overall, the 1960s was won by Ferrari.

Lamborghini started the 70’s with the launch of the Jarama, but it was no match for the Ferrari 365 GTC4. Ferrari was 11mph faster and so wins Round 5.

Two years later the Lamborghini Urraco was born, but things were moving backwards. Top Speed was a mere 134 mph, and compared to the 186 mph of the Ferrari 365 GT4 BB, Ferrari wins easily.

In 1974 the Lamborghini Countach was launched and became a car that would define the brand even to this day. Around the same time, Ferrari turned up the dial and launched the Ferrari 365 GTB4 Competizione, winning the round with a 193 mph top speed!

Lamborghini wrapped up the decade with the Silhouette P300 but again lost to the Ferrari 512 BB. The Ferrari Top Speed was 28 mph higher.

1970’s Round-Up: This decade was dominated by Ferrari with four wins out of four. Ferrari was dominating, and new cars from Lamborghini seems to be getting slower, not faster.

1981 was a new model from Lamborghini, the Jalpa. Again performance was way off the mark, and compared to the newly launched Ferrari 512 BBi it lost again in Top Speed.

So far Lamborghini has not won a single round, but this was about to change with the launch of the Lamborghini Countach 25th Anniversary. The facelift version made significant improvement over the original model and beat the now ageing Testarossa on Top Speed and 0 – 60 time. Lamborghini won their first round.

1980’s Round-Up: Only two significant models launched by Lamborghini in the 1980s, and for the first time they were drawing. Could this be a change in circumstanced for Lamborghini? Overall the round was a draw with one win each.

The Countach was replaced in 1990 with the fabulous Lamborghini Diablo. Pitched up against the Ferrari F40, the Ferrari won on 0 – 60 time, but the Lamborghini won on Top Speed. It won my only 1 mph! Round Drawn.

In 1998 Lamborghini updated the Diablo with the Diablo VT. Amazingly we witness the same result with matched against the Ferrari F50. The Ferrari has a better 0 – 60 time, but loses to the Diablo VT’s 208 mph. Round Drawn again.

1990’s Round-Up: Amazing cars to compare in this decade, but no clear winner. Both rounds are drawn.

In 2001 Lamborghini replaced the Diablo with the Murcielago. Pitched against the Ferrari 550 Maranello it was both quicker and faster. Round 13, Lamborghini.

2003 saw the launch of Lamborghini’s game-changing model, the Gallardo. Head to head with the Ferrari 360 Modena, it again was a better car on both metrics.

In 2007 the Lamborghini Reventon was launched as a limited production hypercar. The comparative Enzo was now five years old and was no match for acceleration and Top Speed of the Reventon. Lamborghini wins Round 16.

The Reventon was also launched as a Roadster open-top version. A similar version of the Enzo was not launched, and so the coupe is compared. The Roadster lost its Top Speed advantage, and so the Round is a draw.

2000’s Round-Up: Here Lamborghini started to dominate, winning 4 rounds out of 5. Audi money and technical know-how were clearly paying off, and I suspect that the factory was looking at Ferrari’s performance figure and making sure the Lamborghini models were ever so better.

So, we are down to the final decade and it doesn’t start well for Ferrari. Lamborghini launch the Lamborghini Aventador in 2011 and it beats the Ferrari 599 GTO convincingly. This round is Lamborghinis.

In 2012 Lamborghini released the final version of the Gallardo, the Superleggera. Although Top Speed matches the Ferrari 458 Speciale, the car is slower to sixty. This round is won by Ferrari.

Ferrari’s LaFerrari is still seen as the ultimate hypercar, and when launched it set new benchmarks for performance. However Lamborghini’s Veneno from 2013 is impressive, and the coupe performance is better on all counts. Lamborghini even convincingly beats the mightly LaFerrari.

The Aventador was released as a roadster in 2013, and although the 0 – 60 time was matched by the V8 458 Speciale Aperta, the V12 engine of the Lamborghini was too much overall. The Top Speed of 217 mph was too much for Ferrari’s 199 mph.

A roadster version of the mightly Lamborghini Veneno was launched in 2014 going head to head with Ferrari’s flagship, the LaFerrari Aperta. Although matched on acceleration, the cars Lamborghini had a higher Top Speed. Lamborghini wins this round.

The Gallardo was replaced with the Huracan in 2014, and although is a great car, is no match for the Ferrari 488 GTB. Ferrari wins on both counts.

Two years later Lamborghini launches the open-top version of the Huracan. Although impressive performance figures, it is again no match for the Ferrari 488 Spider, and the car from Maranello reigns supreme.

By 2016 Lamborghini again launched another exclusive model, the Centenario Coupe. This again aimed at the LaFerrari sector, but this time the Top Speed was evenly matched at 217 mph. However, the 0 – 60 time of 2.8 seconds put it in front by a mere 0.1 of a second.

Also in 2016 Lamborghini also launched the Centenario Roadster, directly up against the Ferrari LaFerrari Aperta. But here they were not able to beat the Ferrari with all numbers exactly matched! The round is drawn.

In 2017 Lamborghini launched the extreme performance version of the Huracan, the Lamborghini Huracán Performante Coupe. Impressive as it is, it is not a match against the Ferrari 488 Pista which beats it on acceleration and Top Speed.

Also in 2017 Lamborghini launched the Spyder version of the Huracán Performante. Again the car is not a match when compared to the Ferrari 488 Pista Spider, and Ferrari win convincingly!

In 2019 Lamborghini launched their extreme version of the Aventador, the SVJ. This went head to head with the Ferrari 812 Superfast and amazingly beat it on both acceleration and Top Speed.

Finally, we get to the Lamborghini Aventador SVJ Roadster which again goes up against Ferrari’s recently launched 812 GTS. One again Lamborghini takes the round.

2010’s Round-Up: This decade was so evenly matched in so many ways. However, the decade belongs to Lamborghini who manages to take seven clear wins over Ferrari’s five wins.

Hold on, its a draw right??? Wrong. In total, we selected 30 cars, of which 13 cars were launched in the last decade alone. That’s nearly half the cars.

That’s why Lamborghini is handed the crown… For now!

But which would I choose between Lamborghini and Ferrari? Well, that’s simple. Ferrari of course!

Here is the full table, showing the side by side comparisons: 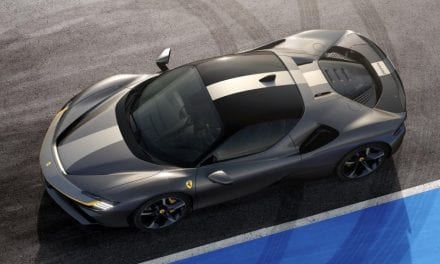