A pair of clueless burglars ransacked a house in Streetly, West Midlands, on the evening of February 19th, loading their haul of designer bags, watches and jewellery into a stolen Audi. They thought their luck was in when they discovered the keys to the beautiful silver-grey Ferrari 488 that stood on the driveway inside one of the bags.

As they now had their sights on the £200,000 supercar, they must have believed this was the haul of a lifetime. They managed to get in, and to reverse the Ferrari 488 down the drive, but video footage shows them abandoning it a few seconds later as they could not work out how to use the automatic gearbox.

The home of Toni-Leigh Evans, a mother of two, and her husband was empty as the family were visiting relatives at the time of the raid. Mrs Evans, 27 and also expecting another child, said that her husband normally carries the spare key to the Ferrari with him, but had left it behind on this occasion.

The family are now scared to sleep in the rented home, and are now looking for somewhere else to live. In addition to comprehensive CCTV coverage, police also found blood at the scene and afre analysing it for evidence.

A statement from the police reads: ‘Police are investigating a burglary at a property in Streetly just before 6.30pm on Tuesday February 19, where a number of handbags and jewellery items were taken.

‘An attempt was also made to steal a grey Ferrari but the offenders abandoned it in the middle of the road.

‘Enquiries continue and anyone with information is asked to can contact us, quoting crime reference number 20WS/42926H/19.’ 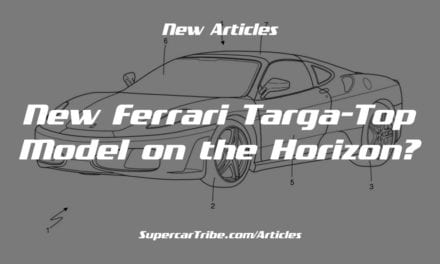