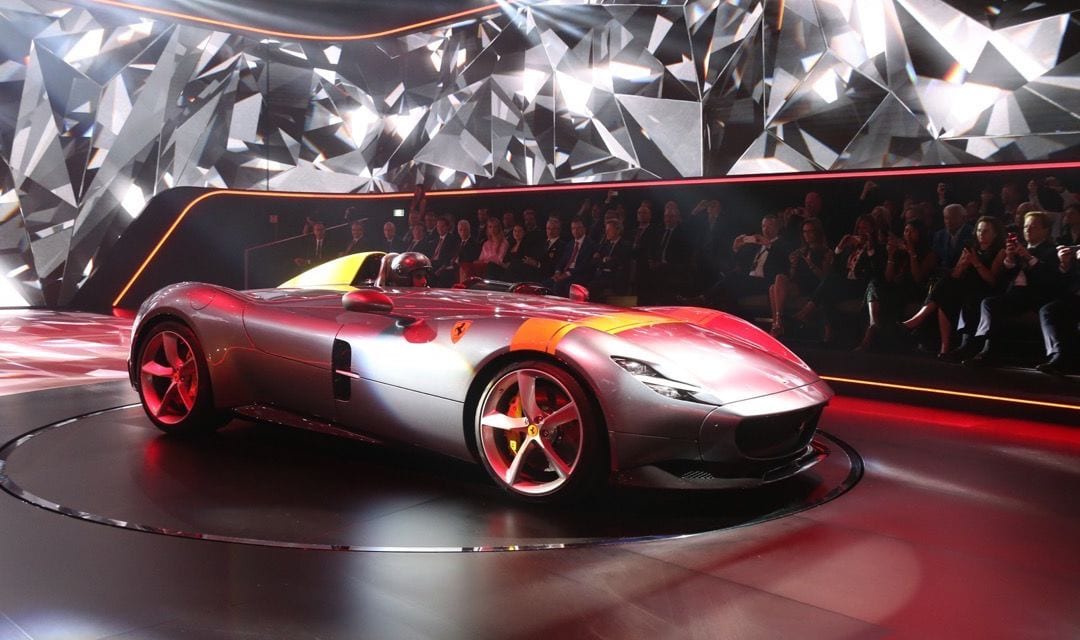 The idea of a Ferrari SUV had been the subject of speculated for years. In fact, probably about 15 years since Porsche launched the Cayenne, a car which transformed them from the manufacturer of the 911, to one more focussed on the school run. Don’t get me wrong as I have owned two Cayenne Turbos and they are fantastic cars, but Ferrari have never been interested in that market.

Instead Ferrari moved from the excellent 612 Scaglietti to the Ferrari FF which has since evolved to the Lusso. Fitted with their proprietary 4×4 design with not one but two gearboxes, the Ferrari 4×4 drives like an uncompromised sports car. You can say it drives like a Ferrari.

Three things that changed everything

However since then three things happened which set the stage for the arrival of the Ferrari SUV. Firstly, Bentley showcased the EXP 9F in 2012, a car which eventually became Bentley Bentayga. This launched the Bentley brand into a new segment and customer base.

Secondly, Ferrari went public with their IPO in 2015, and in the process have seen their stock rise from $56 to $132 in just 3 years. The launch was a huge success, and keeping shareholders happy is now a key priority for the Italian brand.

The third thing was Lamborghini recently launched their SUV offering called the Urus. This is a car that is seen to become the first everyday usable Lamborghini, and one that is appealing to the growing female client base. Ferrari have also captured this market with the California and now Portofino, so the brand is already well positioned for this growing segment.

You can say it was inevitable that the Ferrari SUV will come to market, something that previous CEO Sergio Marchionne said wouldn’t happen. This is perhaps an indication of the difference of thinking with the new CEO Louis Camilleri who after only two months in the job has said the SUV is coming.

However, to set your expectations the Ferrari SUV is not a car you will be able to drive out of the showroom next year. This will be launched in 2022, at the end of 15 new car launches. This gives you plenty of time to sort out the repayment plan for your new Ferrari SUV. You could check out websites similar to www.kingofkash.com for your quick loans and, you’ll be able to own the car of your dreams!

We have already seen the launch of the new cars starting with the first two cars, the Ferrari Monza SP1 & SP2. Further special models will be launched which are naturally more revenue generating and profitable than regular models.

Soon Ferrari will break the 10,000 volume barrier which will place them on the radar of emission regulators around the world. To combat this Ferrari will transition their cars to ensure 60% of the cars are hybrid, and further V6 engines are developed. They stopped short of committing to launch a pure EV Ferrari, stating that sound is a fundamental part of the Ferrari experience.

The previous CEO had said that that a €2bn EDITDA was the target, and investors became nervous when the new CEO stated that the target was “ambitious”. Instead he set a new goal to increase adjusted core earnings to €1.8bn-€2bn by 2022. Having stated that the new plan is ambitious but is also doable, investors seemed relaxed.

“An aggressive push towards electrification helps de-risk the long-term strategic plan. Targeting 60% of mix with hybrid will improve performance while addressing regulations. Ferrari left the door open to a pure EV (electric vehicle) but stressed the importance of sound. This is an unresolved issue for the brand but we believe the company is well positioned to eventually tackle it with time and upfront expenditure.”

Judging by what we have seen this week, the next 5 years are likely to produce some of the best Ferraris yet including that Ferrari SUV!

The Ferrari 250 P Dominated the Sport Prototype Field in ‘63