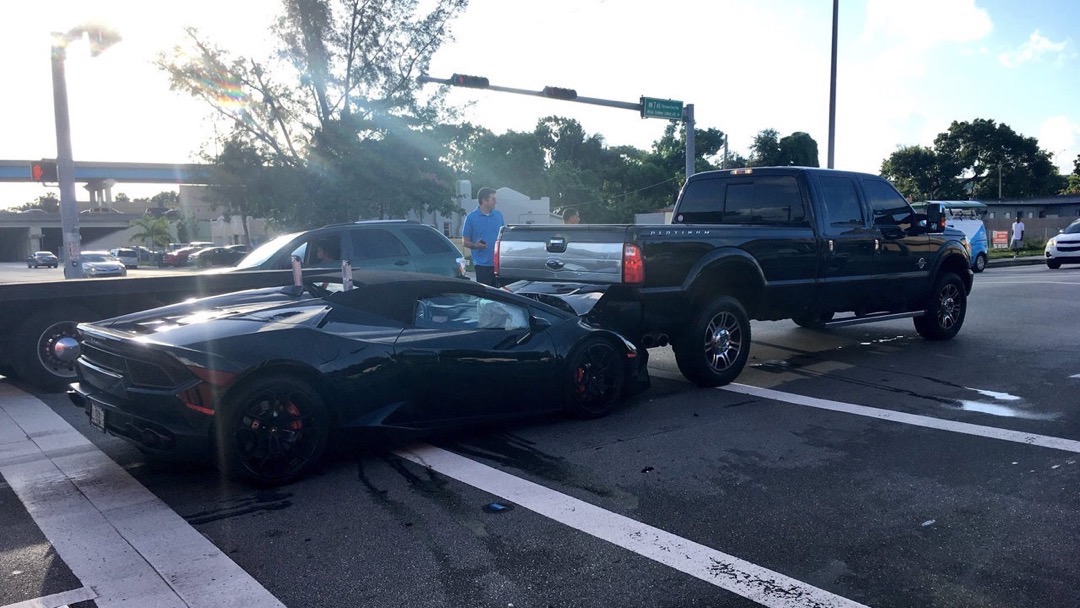 A truly crazy Lamborghini crash has been caught on camera. But what makes this usual is not just the crash itself, but how the video was captured. The car in question is what looked like a rather nice-looking Black Lamborghini Huracan Spider with black interior.

First on to how the Lamborghini crash itself was captured. Nowadays we have cameras in our pockets and so many mishaps are caught on our phones. This is different though as this was perfectly captured on a local security camera. The entire accident and subsequent getaway was captured so well in fact, that they could not have positioned it better!

The Lamborghini crash was as strange as it gets too. The driver of the Huracan misjudges the slowing pickup truck in front, and rear-ends it at a set of traffic lights. This causes the airbags to pop which ordinarily would stun the occupants and slow them down.

The Lamborghini Crash & the “Athletic” Driver

But in the case of this driver, he managed to jump out of the car before the driver in the pickup truck in front managed to exit his! The passenger then joined him too on the pavement away from the crashed Lamborghini before jumping into the back of a Black Mercedes and fleeing the scene!

The whole thing was over in a few seconds, and the driver of the pick-up truck managed to get some pictures of them, and their getaway car. Also, as a bizarre consolation prize, he also had a Huracan attached to the rear of his car, although he sadly won’t get to keep it.

It raises the question as to why they left the car? Police have not stated that the car was stolen, so what could be another motivation? Perhaps it was owned, rented or leased and the driver’s first reaction was to pretend to the insurance company it had been stolen.

Another theory is that it was borrowed from someone else, and the driver was not insured. Again, the car would have to be reported stolen and the owner would get paid out. It’s also possible that the owner was therefore not aware that the car had been borrowed.

Whatever the reason, we just love the fact that the whole Lamborghini crash was captured on camera. The driver must be kicking himself right now. Only in Miami! 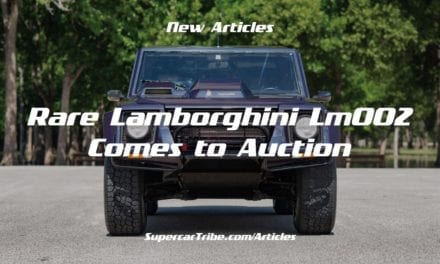