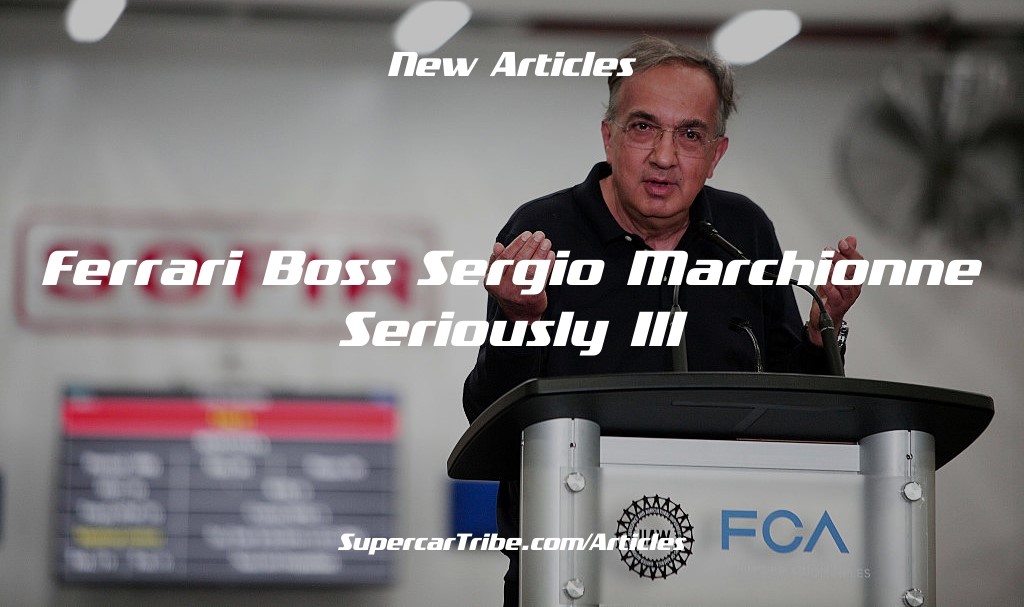 In the days prior to the German Grand Prix it was revealed that Sergio Marchionne, CEO of Ferrari and of the Fiat-Chrysler group of motor manufacturers, was in intensive care following complications after an operation. The 66 year-old, who has not been seen in the public for several weeks, is reportedly in hospital in Switzerland and a statement has stated he will not be able to work. No further details of his condition have been released.

Marchionne has been a key figure in the drive to move Ferrari forward as a brand in recent years and is a giant in the automotive world. He was instrumental in the merger between FIAT and the Chrysler group, which led to the creation of one of the world’s biggest motor manufacturers, and while he had planned to stand down as CEO of the company shortly, he had vowed to remain in position at Ferrari until 2021.

The company board reacted very quickly to the news and announced that, with immediate effect, Louis Camilleri will take over as CEO. A businessman of some repute, Camilleri is the Chairman of the Philip Morris group of companies, the primary product of which is Marlboro cigarettes, which also happens to be the main sponsor of the Ferrari F1 team.

A multilingual international businessman, Camilleri has been at Philip Morris since 1978 and is perfectly placed to take the role of CEO at Ferrari at a time when the company is performing exceptionally well.

A new Chairman of the FIAT-Chrysler group has also been announced. John Elkann is the grandson of the late Gianni Agnelli – former FIAT head and one of Italy’s most successful industrialists – and has been groomed for such a position since he was a young man.

In a statement regarding Marchionne’s health, Elkann wrote that he was ‘profoundly saddened to hear of Sergio’s state of health’. It remains to be seen how the changes will affect Ferrari in the long term.