Back in 2010, when the Ferrari 599 SA Aperta was first introduced to us, only 80 lucky individuals were able to purchase one of these special machines. But wait, it gets even more special – of those, only 8 were made with right-hand-drive. It’s fun to imagine how exhilarating it must have been to have the chance to purchase one of these ultra-rare automobiles back then. And today’s drool car – this spectacular 599 SA Aperta – is giving one more person the opportunity to experience that feeling. That’s right, this Rosso (Red) Ferrari has apparently been hermetically sealed and untouched since rolled off the production line, because it has not accumulated any miles since then. Here’s a little background about the SA Aperta:

Instead of carrying over the standard 599 engine, Ferrari fitted the SA Aperta with the same 661-horsepower V12 used in the mighty GTO. And while they were at it, they pulled the drivetrain and gearbox from that car as well. That’s why, even though it appears to be just a convertible version of the 599 GTB, you can think of it more like an open-top GTO. And, juts as you would expect from a vehicle made to honour two famous Pininfarina designers, the car is absolutely stunning to look at. And, this being a drop-top, and extra-loud exhaust similar to the one used for the 599XX was fitted as well – listening to that soundtrack with the top down has to be quite the addicting experience.

This pristine example of the Ferrari 599 SA Aperta is available for purchase at Joe Macari Performance Cars in London. Here are some of the more pertinent details listed in the advert:

So, count yourself lucky if you were one of the 7 billion or so people who were not able to purchase a factory-fresh Ferrari 599 SA Aperta before they sold out. Of course, you’ll need to scrape together some cash – £1.67 million, to be exact. If Joe Macari manage to sell this car for anywhere near that price, that means this 599 Aperta has appreciated by over £1 million in just 9 years. No wonder the previous owners were so careful with it!

This car is available at: Joe Macari. 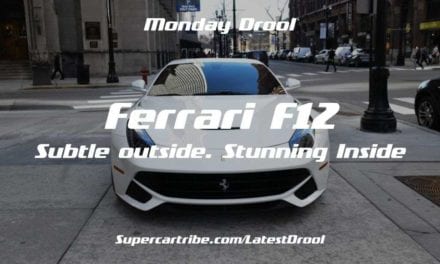